These are some of the cutest animal pictures we took recently.

This groundhog continued to dig despite my camera’s repeated flashes. With those overgrown teeth, it’s completely understandable why it was so desperate to wear them down. (San Francisco Marina Park) 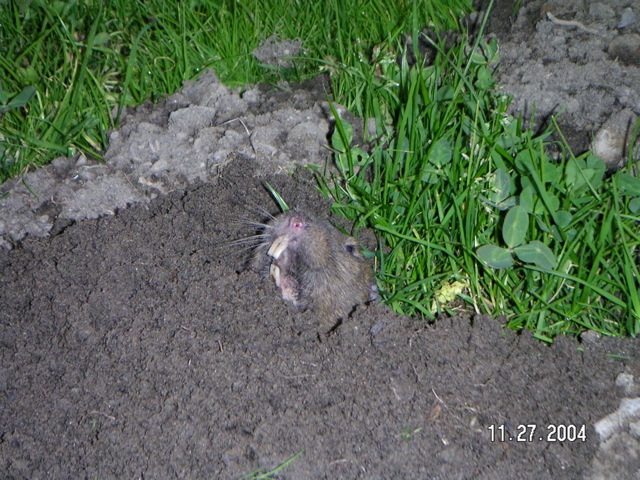 This owl watched our return to the hotel after a long day’s tour of JiuZhaiGuo’s beautiful sceneries. It was as vigilant as NY cops after 911. (JiuZhaiGuo, China) 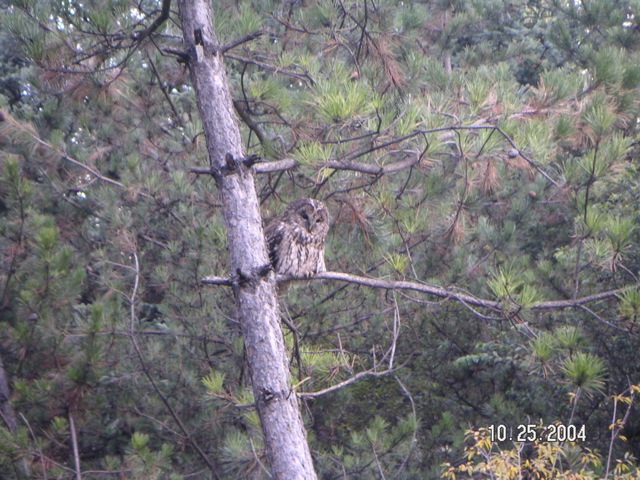 These pigeons lined up over a street in NY City were deputized by the NYPD to watch over pedestrians. We were glad they perched on a ledge instead of directly over us. (Manhattan, NY City) 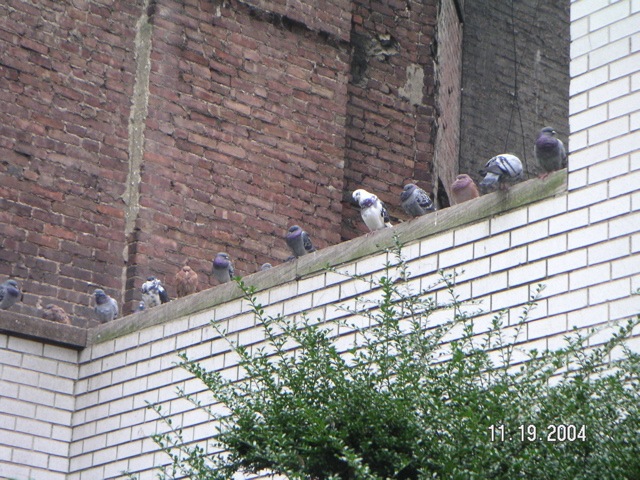 This 7 day old panda was abandoned by its first-time mother and was cared for in an incubator. We watched it from inches away as it was fed and induced into a bowel movement. It had tiny sharp claws, a big mouth for its size, underdeveloped eyes, fuzzy fur, and wiggled like a worm. The signature panda eye patches were already noticeable. (ChengDu Panda Reserve, China) 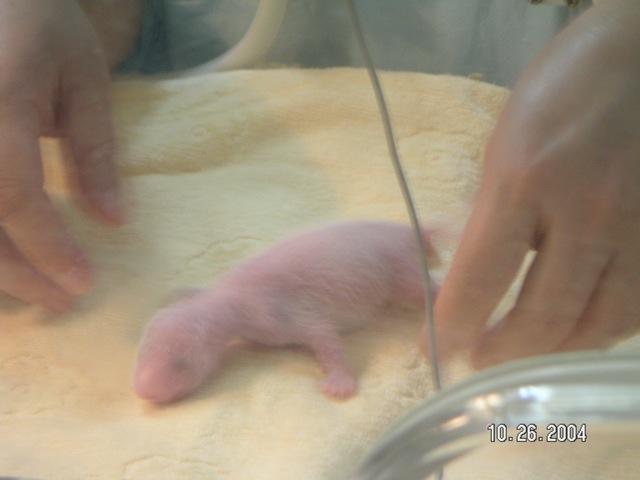 These two couch potatoes had abominable table manner. One slouched down to munch, and the other covered its face in embarrassment. (ChengDu Panda Reserve, China) 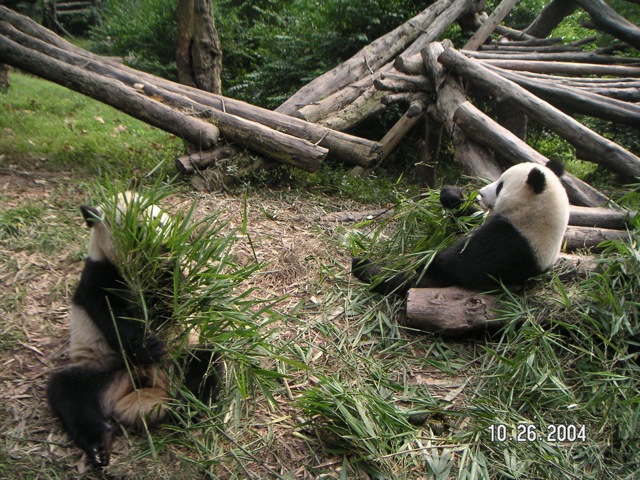 These ducks were obviously practicing synchronized swimming in preparation for the 2008 Beijing Olympics. While their individual movements were good, they have to work on team layouts. (Golden Gate Park, San Francisco) 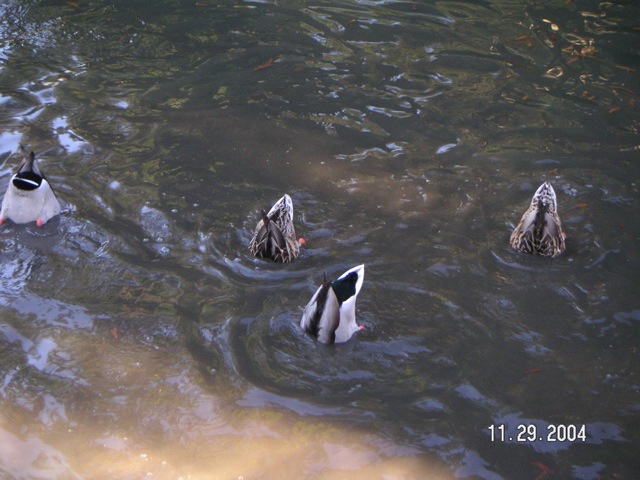