I read about these enigmatic caves in Anhui Province and wanted to see for myself.  What I saw puzzled me more than answered my questions.

These caves are located on the Flower Hill 花山 by the XinAn River 新安河.  Thirthy-six caves have been uncovered so far, and only a few are open to the public.  Unlike natural caves with stalactites and stalagmites, these caves are man-made.  They were chiseled out by hand perhaps 1,700 years ago.  The volume of rocks needed to be transported out of the caves must be staggering, but they are not to be found around the cave sites.

The origin of these caves is still an enigmatic question.  They are not recorded in any history books, so different guesses proliferate.  They include Taoist caves of meditation, military installations to house troops, stone quarries, and underground palaces of long gone kings.

Tourists walk in the well-lit Cave #35.  It has an area of about 40,000 square feet and a ceiling of some thirty feet high in places.

The cave is supported by many columns. 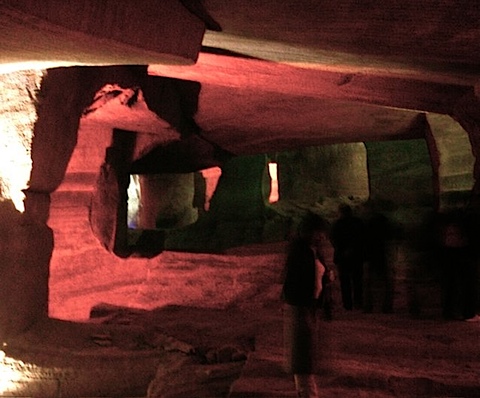 This square column was carefully chiseled. 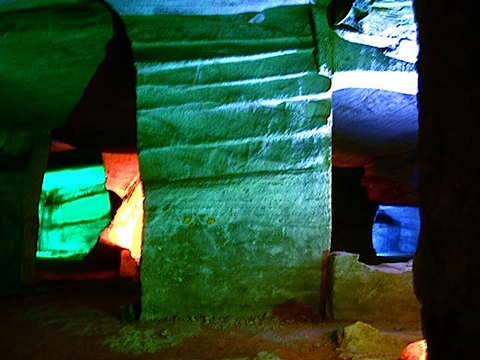 This pool of water is the lowest point of the cave, and is two meters lower than the river nearby. 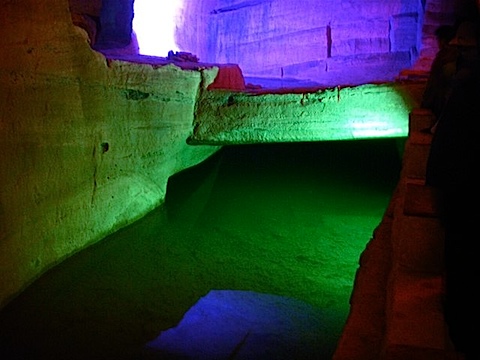 A slender column supports the ceiling. 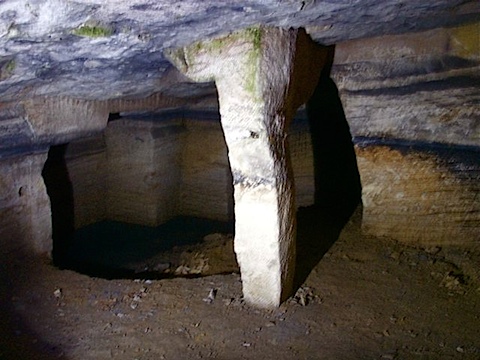 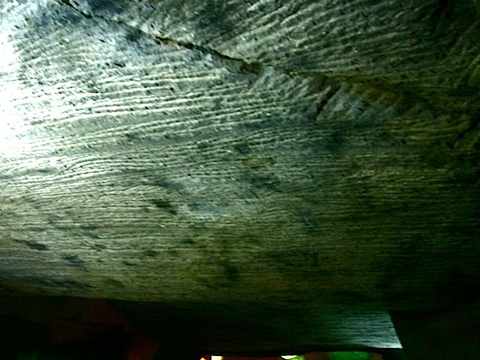 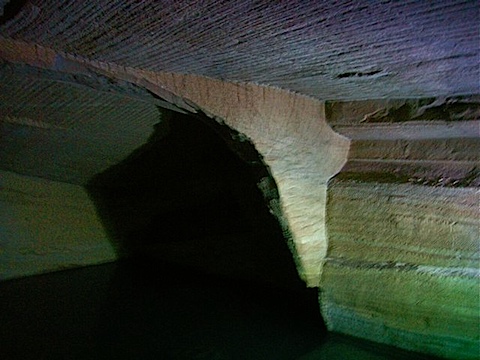 These interior angles between walls and ceiling were deliberately carved.  They cannot be naturally formed. 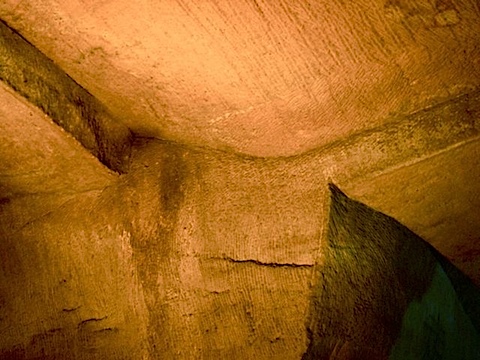 I stood in front of the great hall of Cave #35. 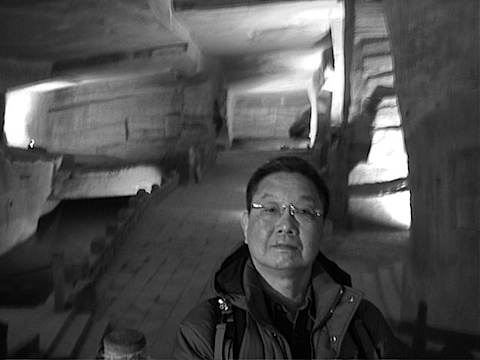 Cave #24 is partially inundated by water. 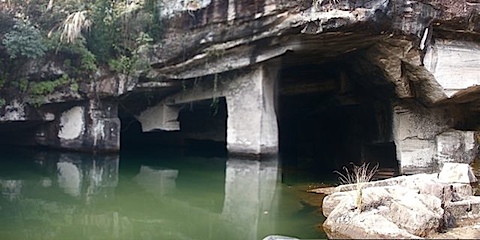 This room of the water cave is reached by a sampan.  There are more rooms under this room and they are completely submerged.  One wonders how the water was pumped out and the rooms carved over a thousand years ago. 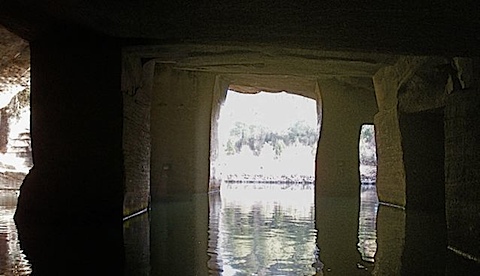 This square column in the water cave failed by shear stress.  Fortunately, the stone ceiling is strong and other columns take up its weight. 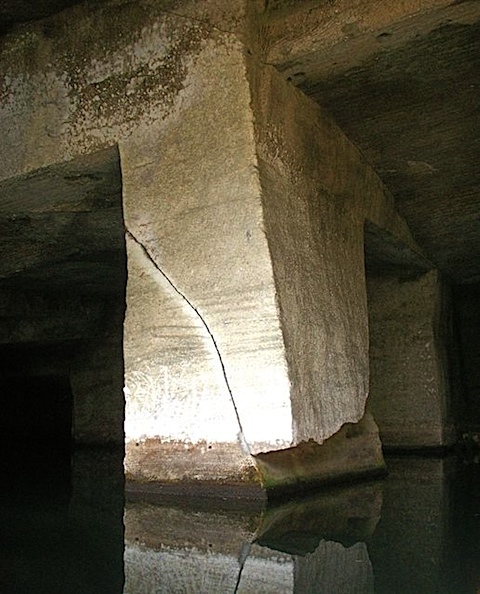 If you are interested, the following web sites have more photos: