For his family and friends
……………………………………………………………………………….
Sally and I built up enough courage to tackle the challenging trip to Tibet the hard way. We took a 14 day trip to go up Tibet by bus via the Qinghai-Tibet Highway and down via the new railroad. We didn’t realize it, but we took on a challenge almost too arduous to bear for our age. 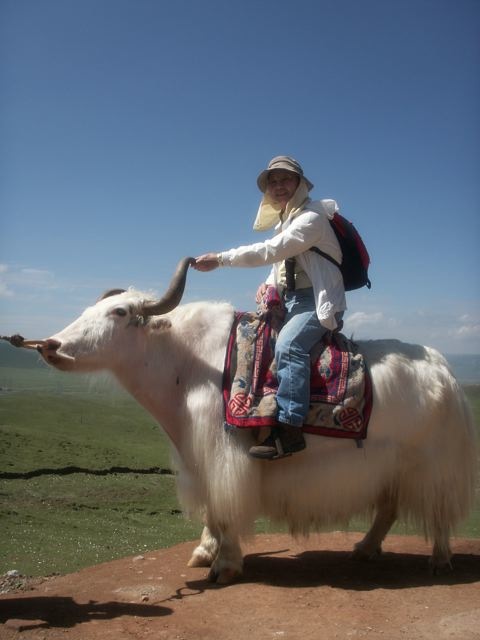 We were well protected from the merciless sun at Qinghai Lake. In the distance is an old torpedo testing facility. 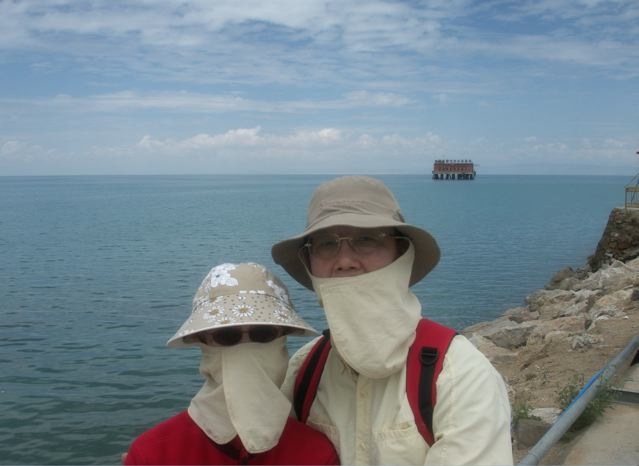 The highway and railroad traverse each other for most of the way. 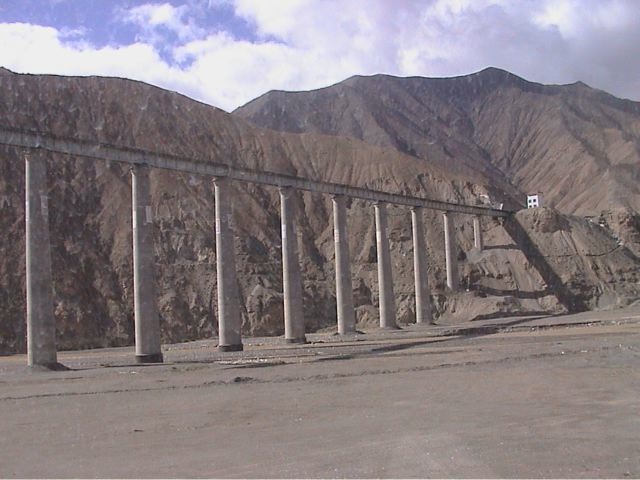 We passed 10 army convoys with 30 trucks each. They supply PLA depots in Tibet. 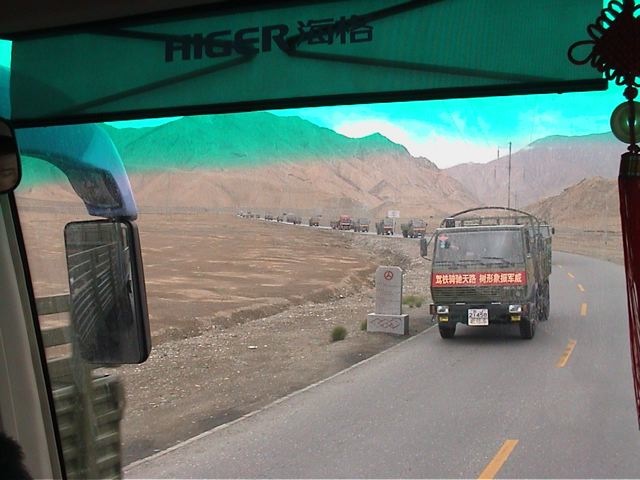 We caught a mirage in a desert. 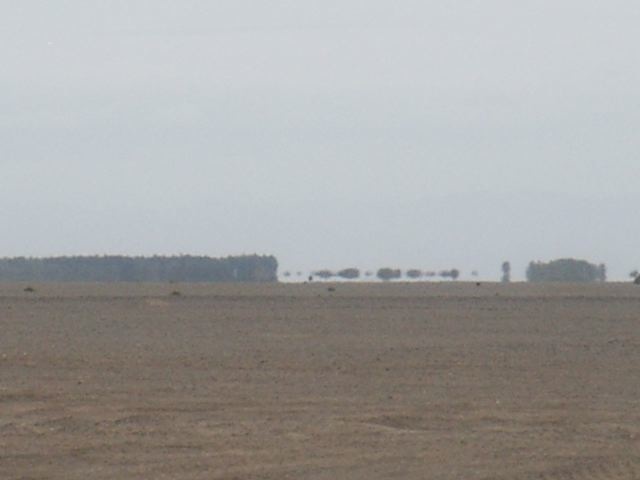 An outhouse in the middle of nowhere in a desert.

An intrepid bicyclist pedals up the Tibetan plateau. 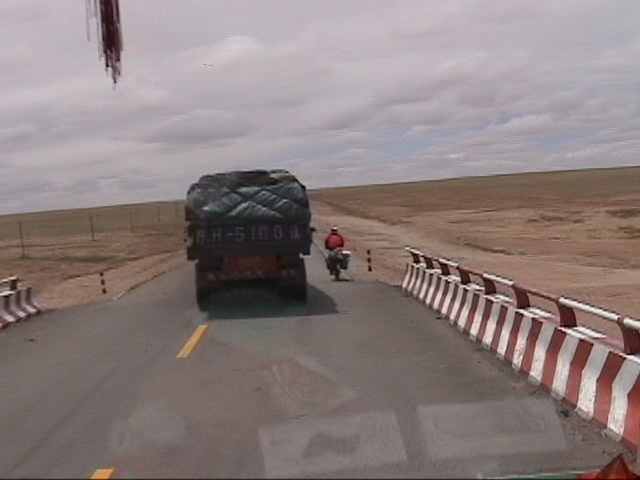 Tibetan pilgrims walk and prostrate all the way to Lhasa. A friend would pull a cart to supply their needs for months on the road. 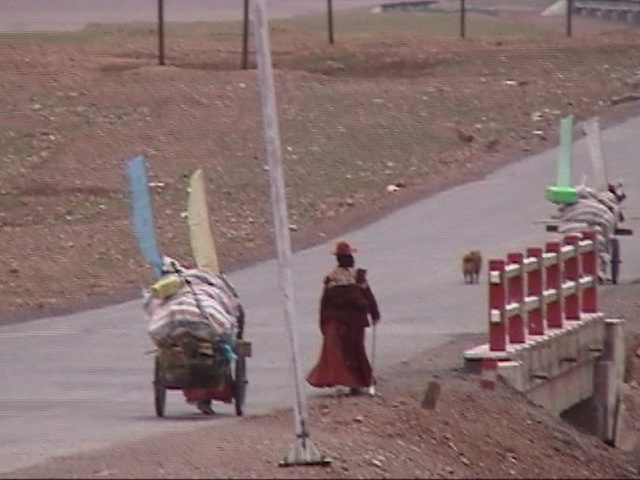 Camels were kept in a desert range. 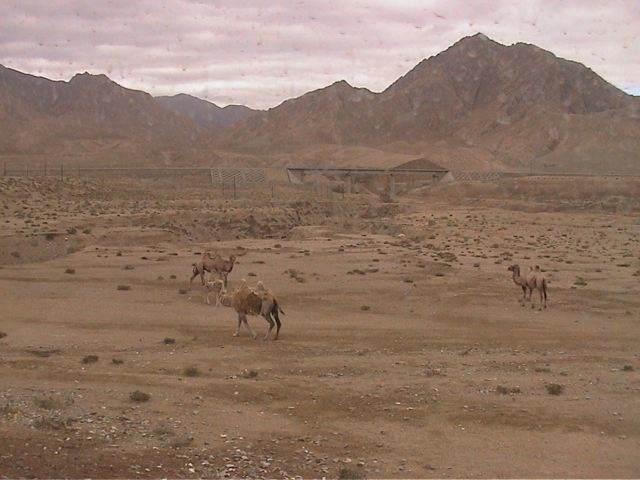 We caught a glimpse of the endangered Tibetan antelope. 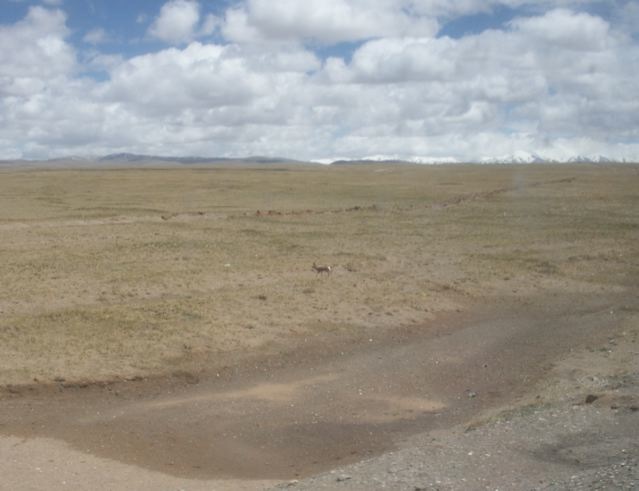 A panorama of snow-capped mountain range.

We had to put up with the basic facilities of a roadside inn. 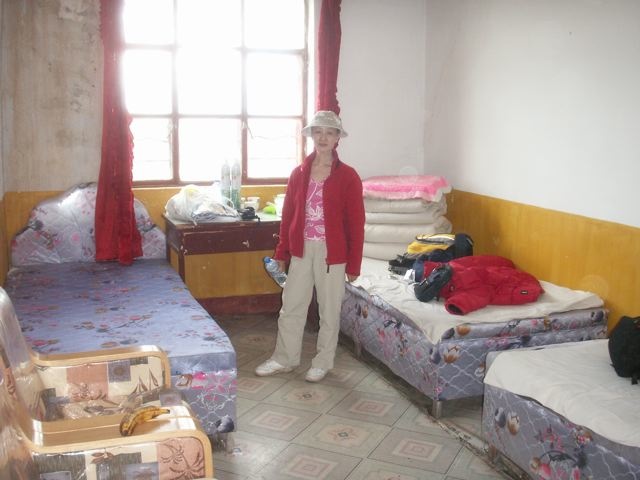 At the highest point of the highway 3 miles above sea level. 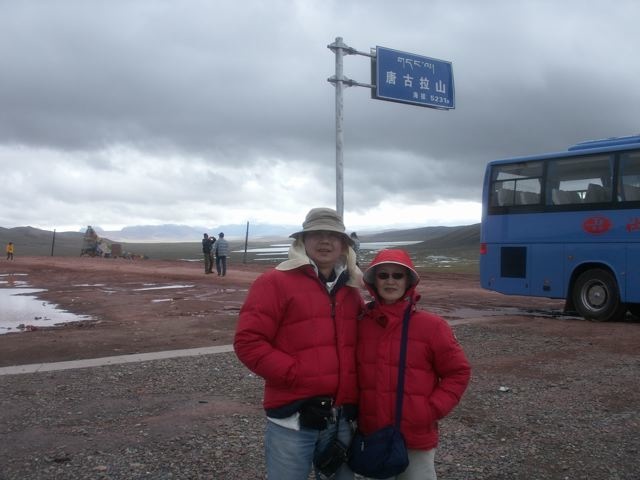 Robert caught the altitude sickness and looked like a sick cat. He felt weak and got out of breath after any slight activity, and just wanted to lie down and sleep. It took 4 days for him to acclimate. 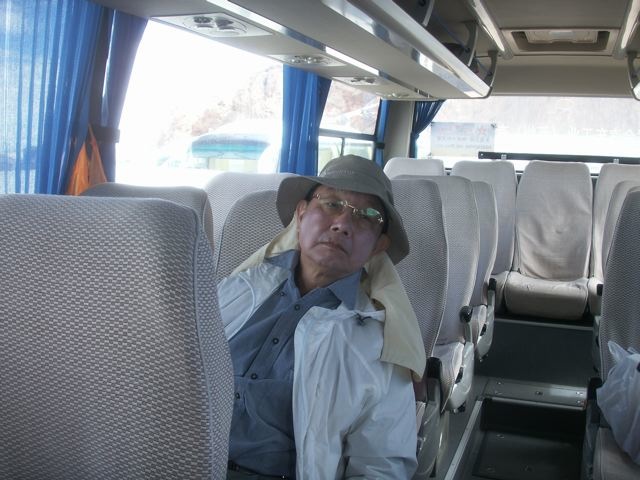 The Potala Palace. We were too weak and had to give up climbing the endless stairs to see the richly decorated palace.

The Tibetan faithfuls prostrated before the Potala Palace. 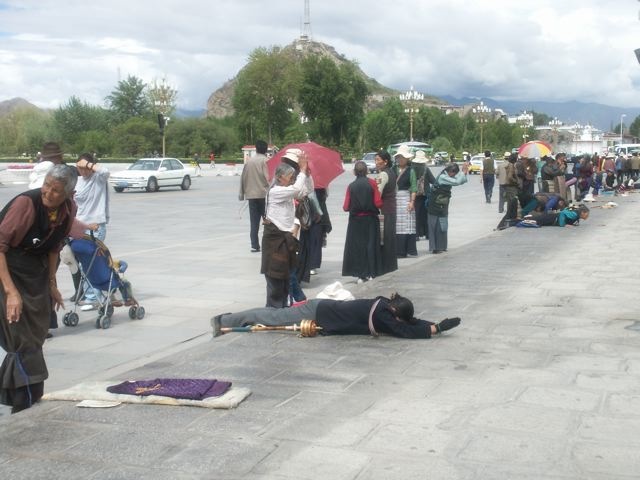 The before and after views of a temple undergoing restoration. 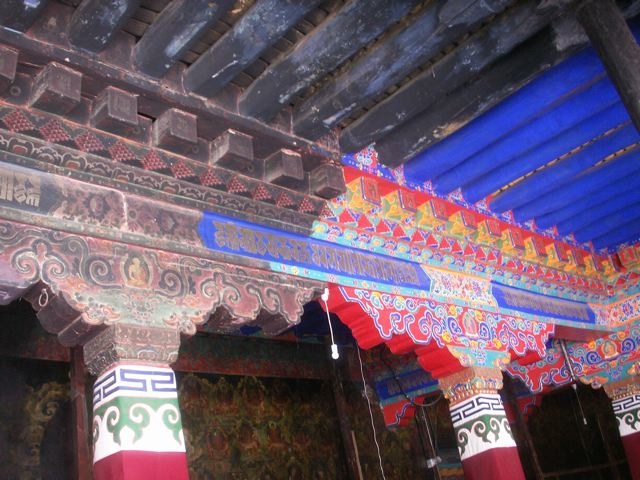 By contrast, the ride on the railroad was smooth and uneventful. It
took us one day by railroad to cover 5 days of travel by highway. 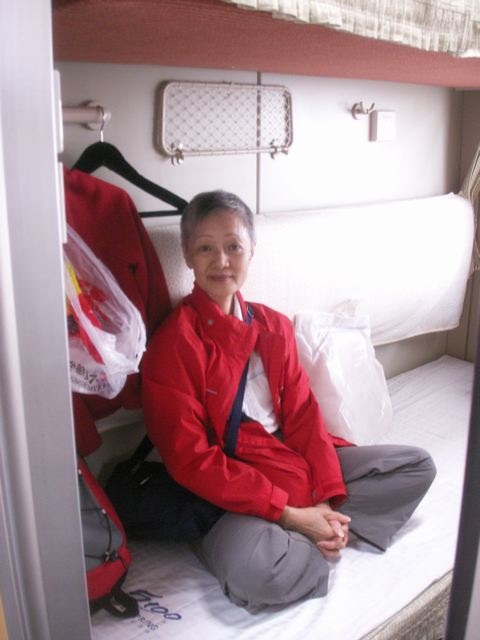 Spectacular view from the train. 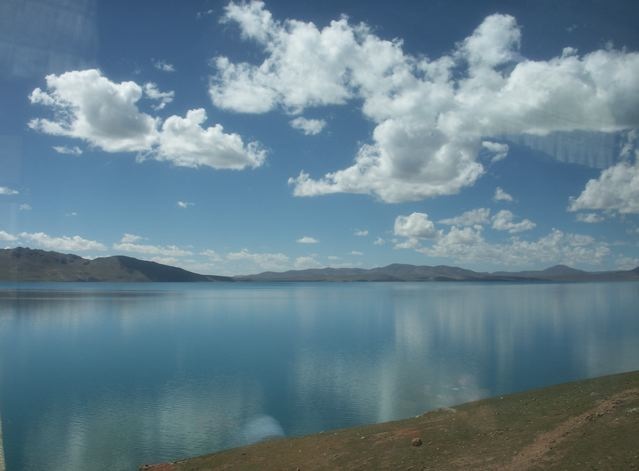