If you wish to discontinue receiving SFM articles, please drop me a line.

America has always been a melting pot of immigrants from other countries.  As new immigrants strive to make a living here, they find serving their native foods to be a viable option.  Sometimes, they offer combinations of various ethnic foods due to their unique personal backgrounds, and such fusion restaurants add a surprising and colorful variety to the restaurant scene. 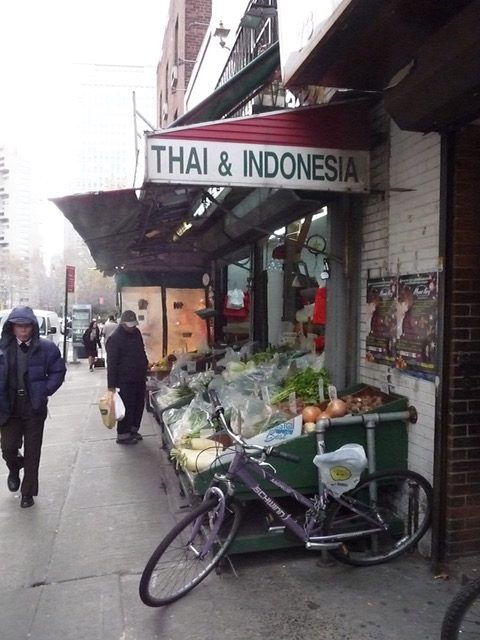 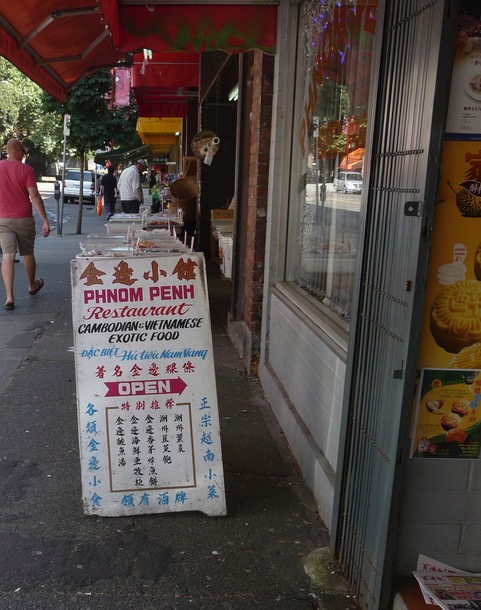 I wonder if this ethnic Chinese refugee from Vietnam was originally from Beijing. 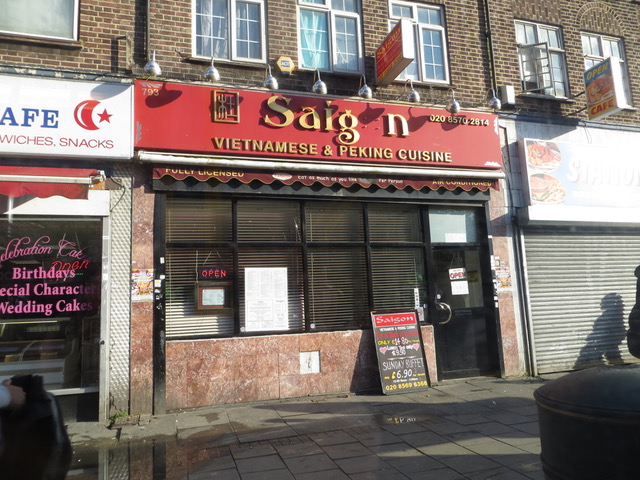 This fusion restaurant expanded to include Thai to Cambodian and Vietnamese foods.  I suspect this is a case of jack of all trades, but master of none. 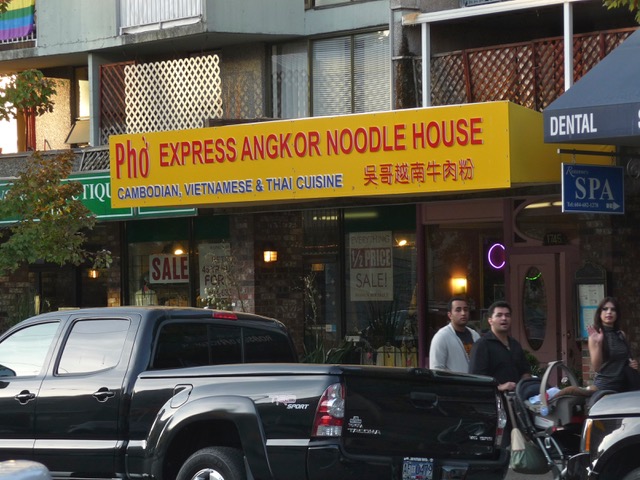 This Chinese restaurant wanted to expand beyond Chinese food.  It tried to project a Japanese identity by naming itself Fuji, but gave away its camouflage with its Chinese approximation 福吉 instead of the correct translation 富士. 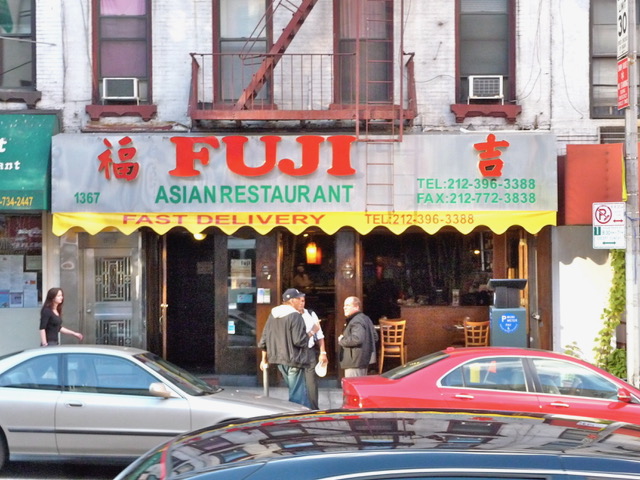 I eat at this Chinese restaurant frequently, and the food is good.  It serves Chinese food only without any other Asian foods, notwithstanding its claim. 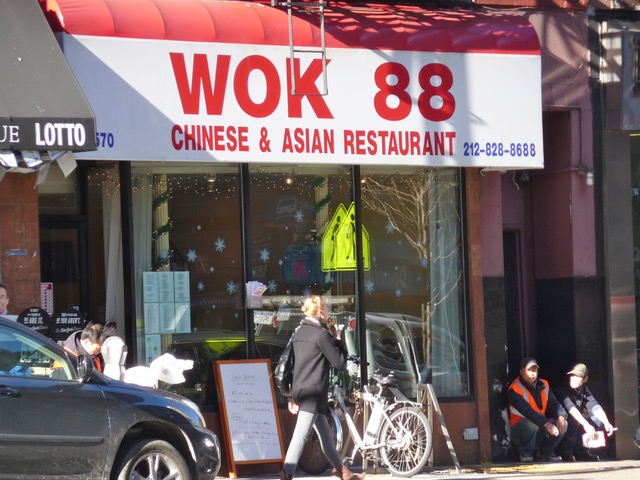 France colonized Vietnam and infused it with some French culture.  This is a genuine fusion restaurant. 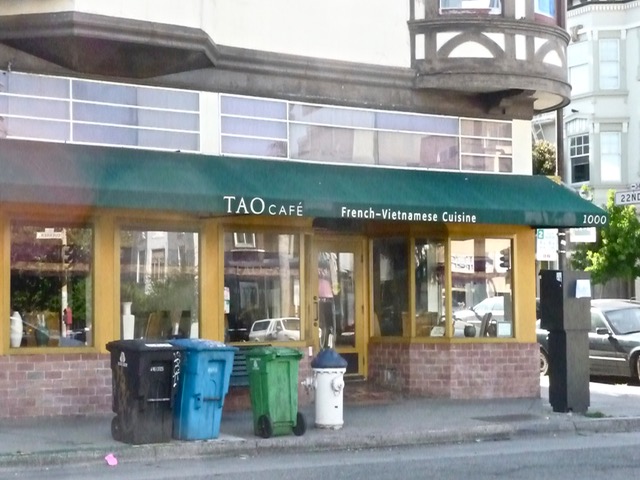 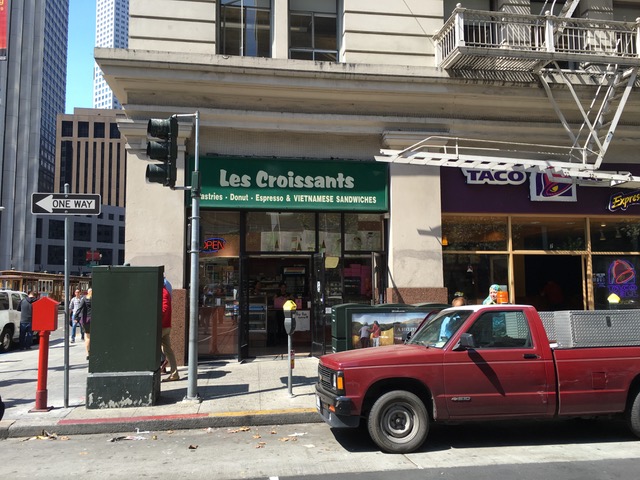 This Vietnamese banh mi shop subleased the back of a gift shop.  It became so successful it overwhelmed the gift shop. 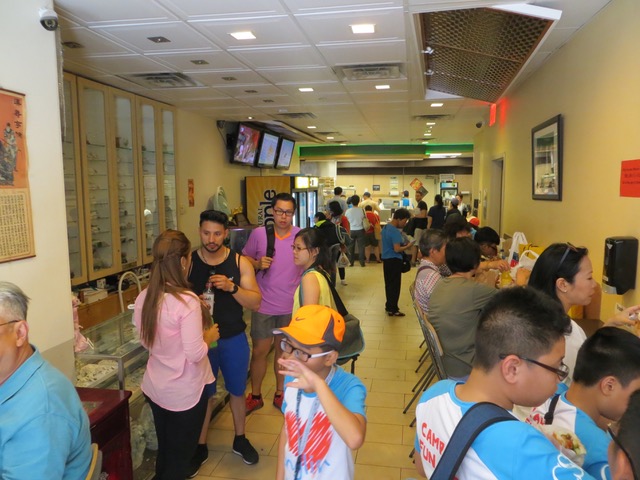 An unexpected fusion is liquor and tea.  One intoxicates while the other wakes up the senses.  It covers all the bases. 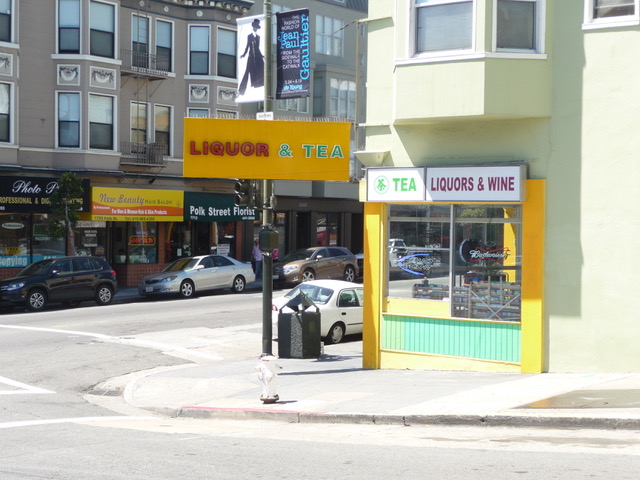 China is a big country with many distinct regional cuisines.  Cantonese food is subtle while Sichuan food can be fiery spicy.  This contrasting fusion can be called fire and ice. 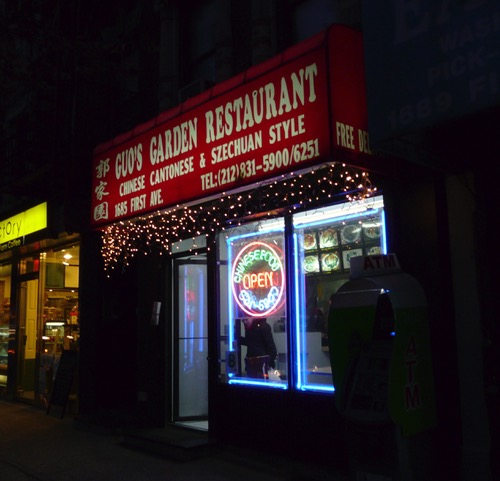 This fusion restaurant started with Nepalese, Indian and Tibetan foods.  Somewhere along the way, it redefined itself as a Himalayan restaurant. 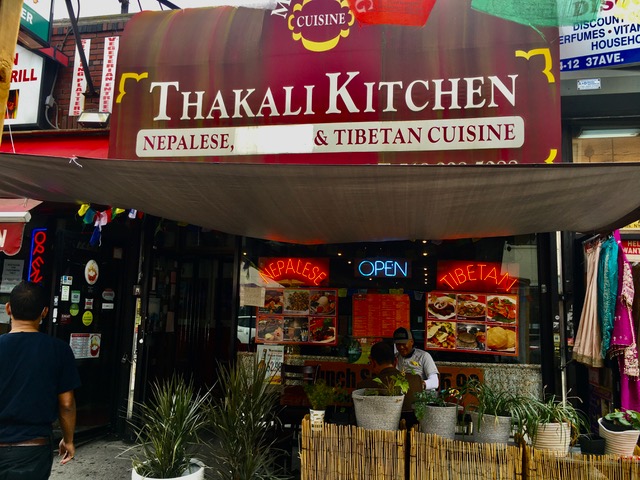 Geographic distance is apparently not a deterrence to fusion foods.  Vietnam is separated from Japan by a continent but their cuisines are offered together here. 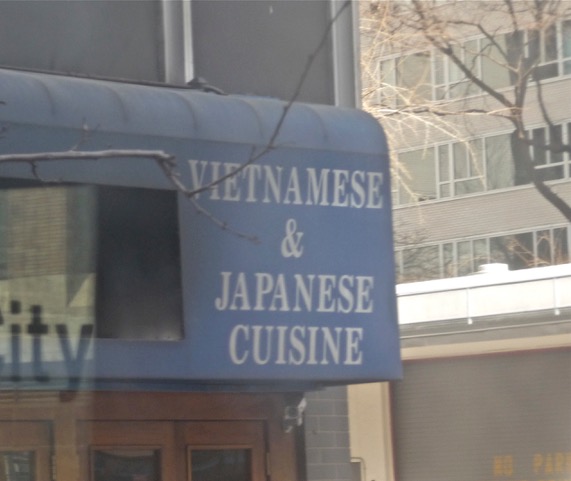 Japanese foods are regularly priced higher than other Asian foods here in USA.  Combining Japanese with Thai foods may escalate this restaurant’s prices. 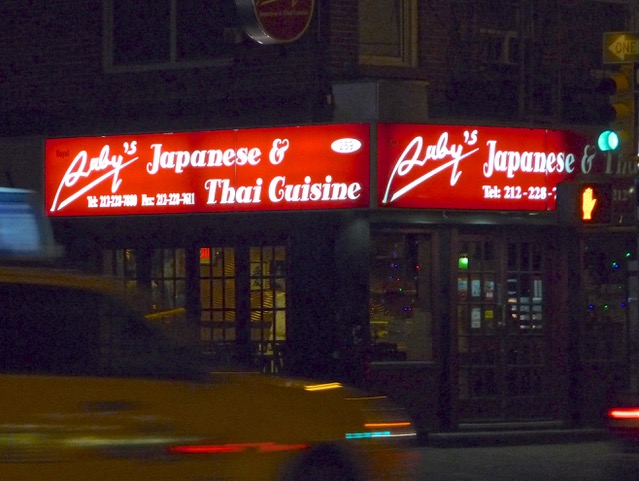 For the life of me, I cannot connect Tibetan food with Japanese food.  But, here it is. 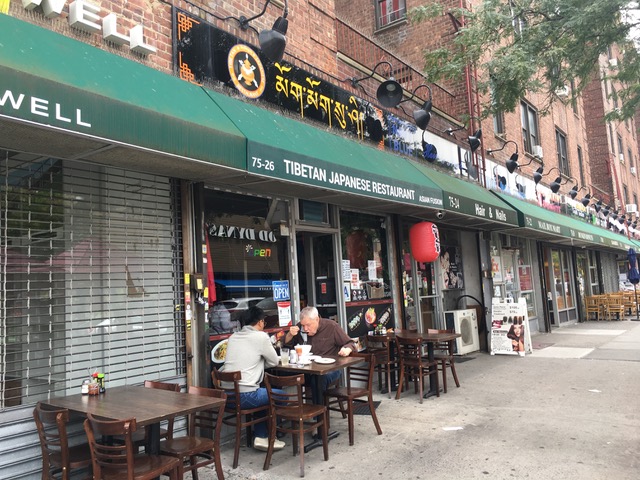 Maybe an even more unusual and unexpected fusion is this one.  It combines Mexican food with Indian/Pakistani foods.  These countries are geographically half the world apart, and culturally even further from each other. 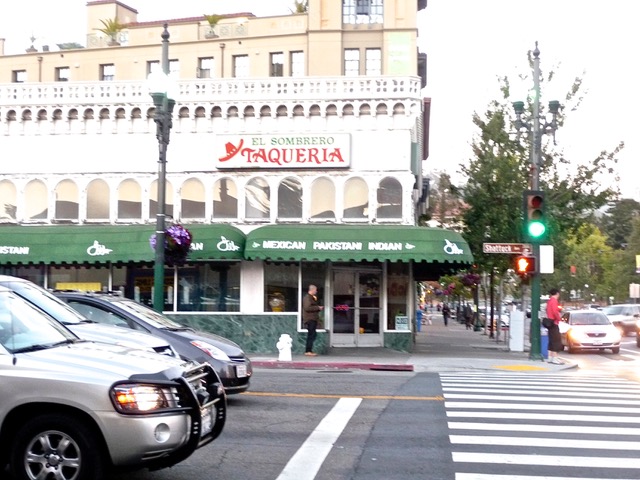 On a trip to Guatemala, I was surprised to see this Israeli flag outside a tortilleria.  I wonder if the tortillas it sold were kosher. 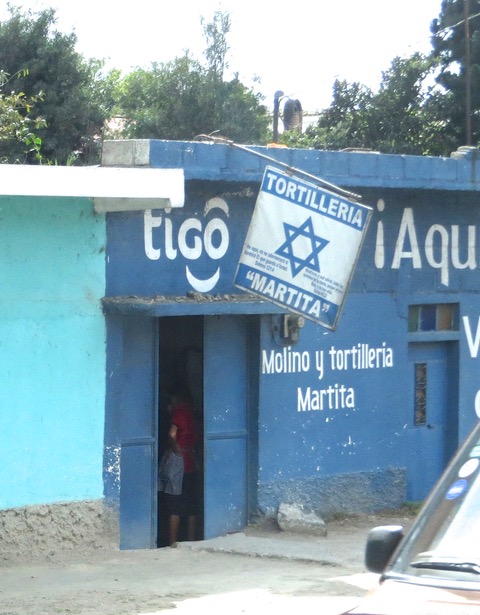 It stretches the imagination to relate Indian cuisine with pizza.  I am interested in finding the story behind this establishment. 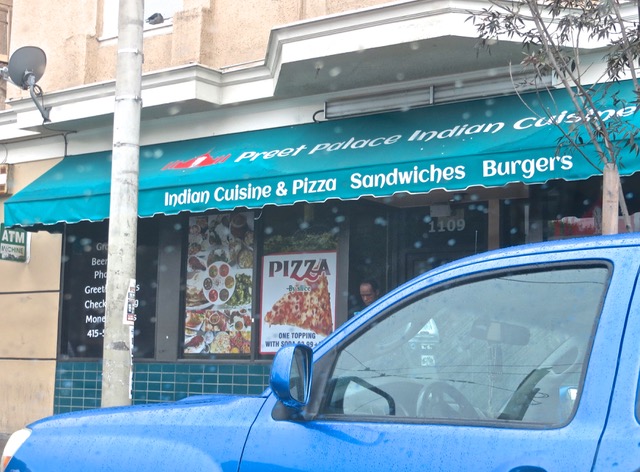 Just as astonishing is the combination of Chinese food with donuts in California.  I suspect this was a necessary development when struggling Chinese restaurants found a way to survive. 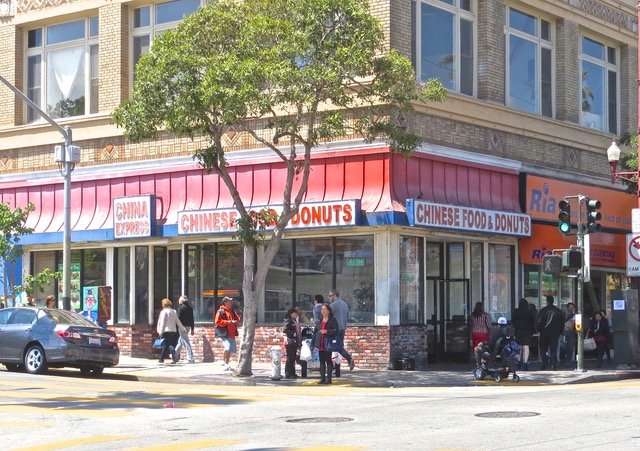 This restaurant has become a successful Chinese food vendor and it no longer sells donuts. 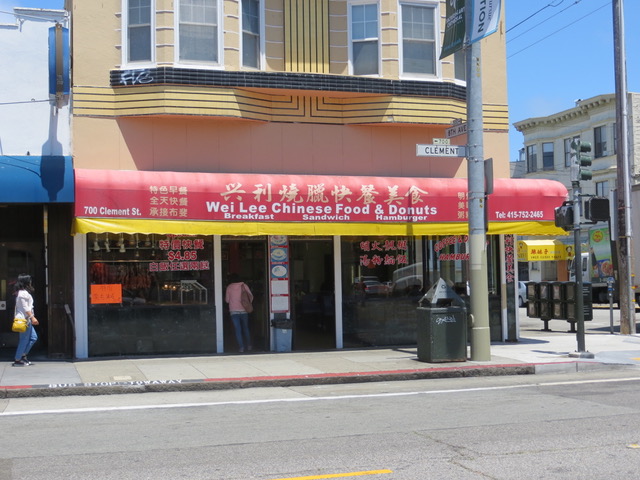 During a trip in China, Sally and I ate a set breakfast in the restaurant of a hotel.  Besides the usual Chinese breakfast item of porridge and accompaniments, we were offered bread and butter.  But we only had chopsticks as utensils. Sally used her chopstick to spread the butter.

So, besides eating fusion foods, we ate in fusion manner as well. 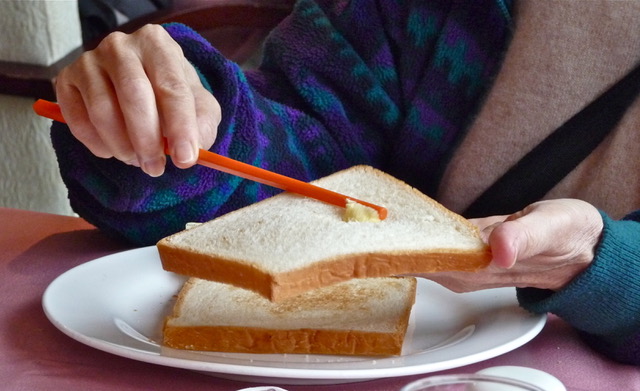