In the last few days, news of an iconic lion named Cecil being killed by an American dentist has upset hundreds of thousands of people around the world.  The dentist hired guides who lured the majestic lion out of the no-hunting reserve in Zimbabwe, then shot it with an arrow, and took 40 hours before tracking it down and shooting it dead.  Cecil had a black mane, a dominant male’s color, and was collared with GPS tracking device for study.  It is likely its several lion cubs will be killed by other male lions who want to mate with Cecil’s former lioness mates. 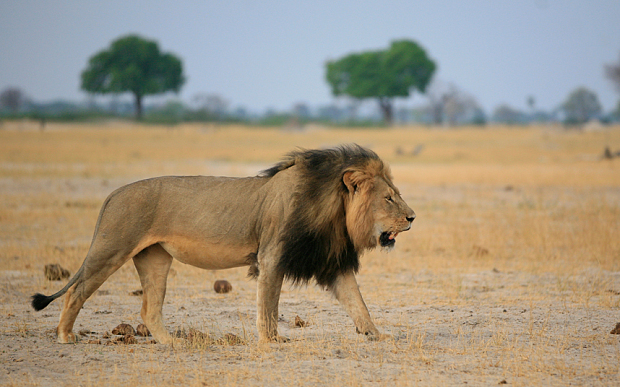 Unlike the dentist, we went to Kenya for a bloodless safari.  It was bloodless for us, but Nature took its course and there were lots of preying and killing among the animals.  We saw many animals, shot them with our cameras, and relish those memories captured in photos.

These lions fed on the carcass of a buffalo killed earlier. 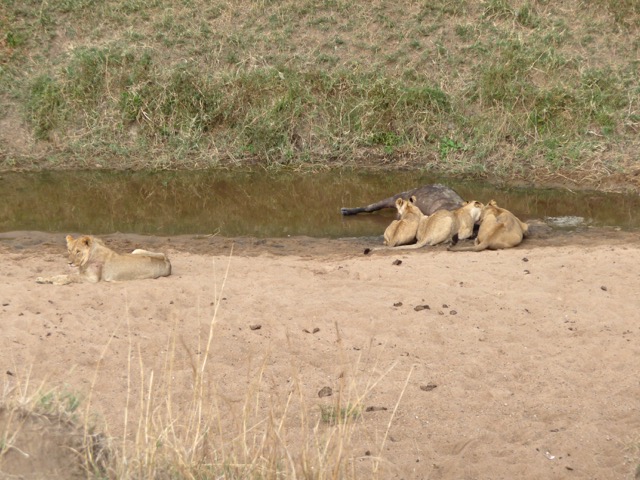 Showing patterns on their legs and bodies, two of the lions were juveniles.  The bigger one on the right was apparently a full grown lioness. 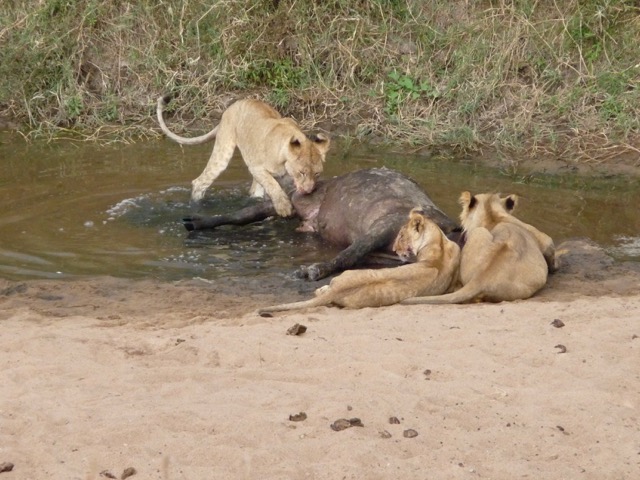 This lion cub had not learned good table manners yet.  It did not wipe its mouth nor clean its face after a bloody meal. 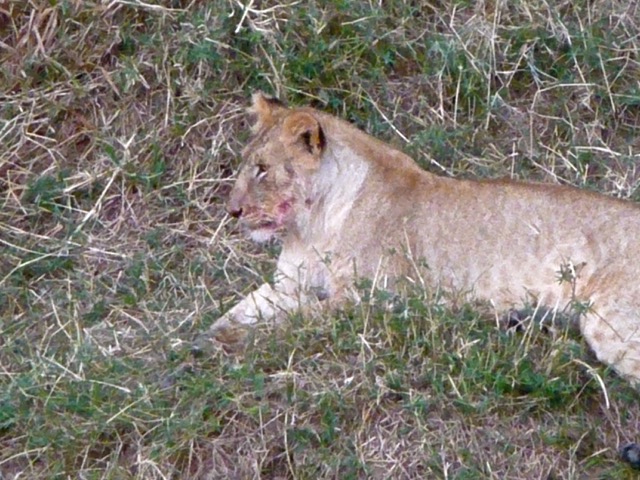 At another site, we saw a lion feeding on a buffalo carcass. 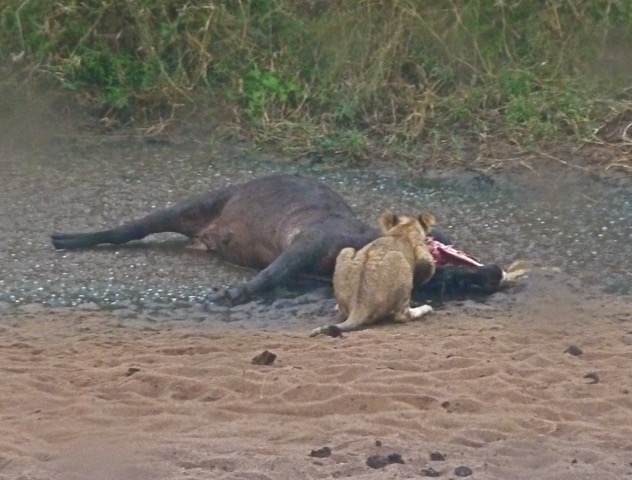 At a third site, a lioness rested after a meal and lazed.  It was looking at the bush below. 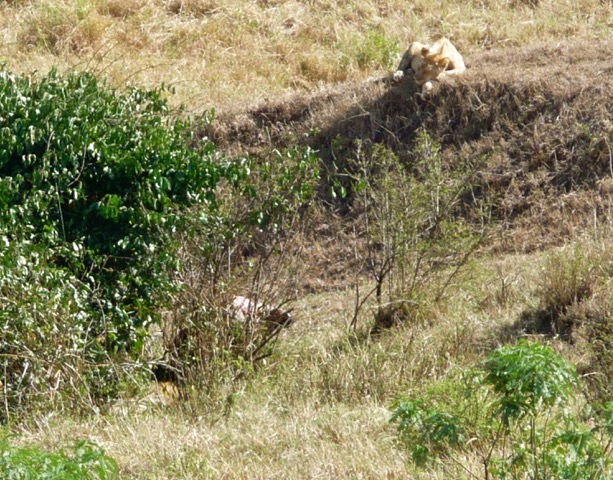 Looking more closely at the bush, I could see a male lion guarding a half-eaten carcass.  In a pride of lions, lionesses do most of the hunting, but the bigger males get to eat the kills first. 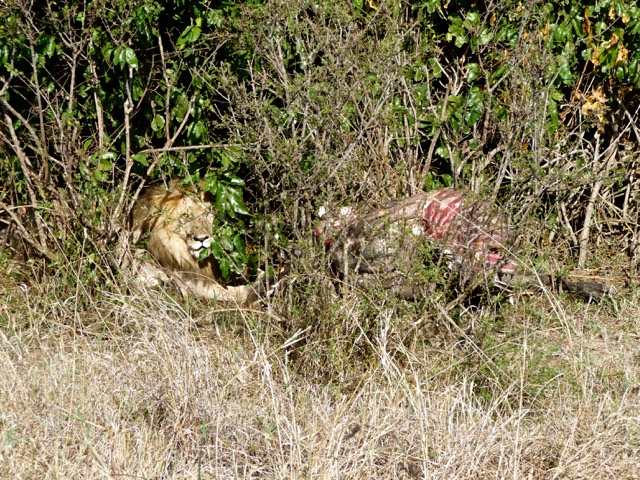 The Masai people live among the lions and other animals.  They protect their valuable cattle with cow bells.  The sound of the bells are recognized by most lions as a warning to stay away.  If the lions attacked the domesticated cattle, the fierce Masai would hunt them down and kill them.  Studies show lions can distinguish harmless tourist from the lion-killing Masai, and would avoid the Masai. 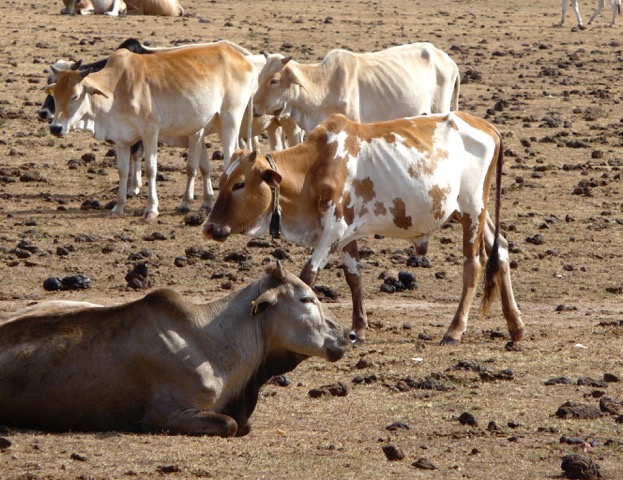 These Masai warriors guarded their cattle.  One brandished a sword while holding a war club between his legs. 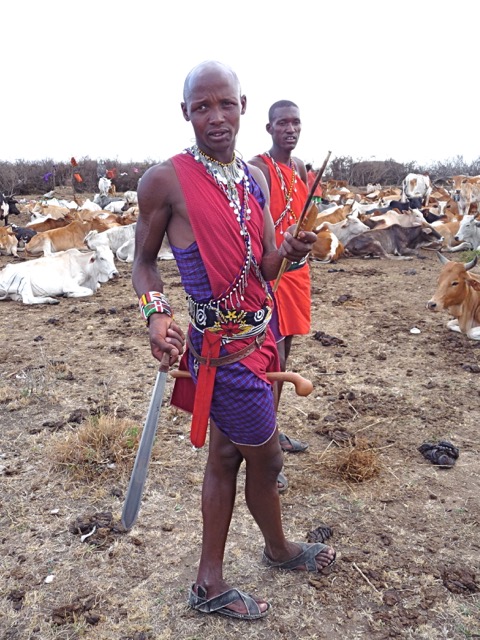 The pride of lions spend most of their days lazing around, hunted occasionally, ate to their fill, and copulated.  As most of the hunting is done by the lionesses, it seems the main job of the male lion is to eat, protect the pride from other males, and make babies. 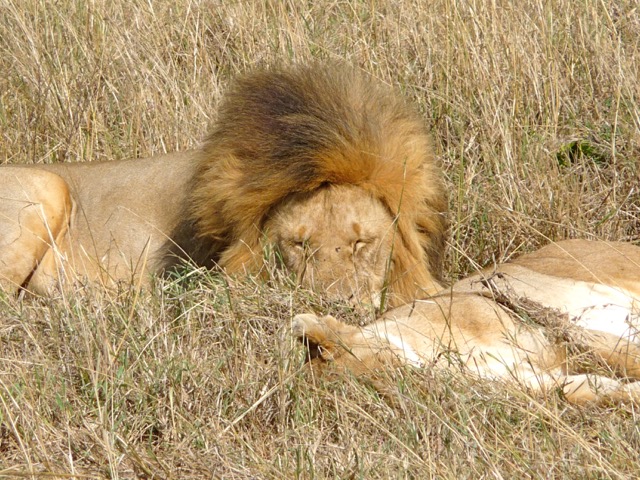 Once the mating starts, the pair would mate every 15 minutes for 4, 5 days.  At 5 minutes per episode, they mate hundreds of times in one long session. 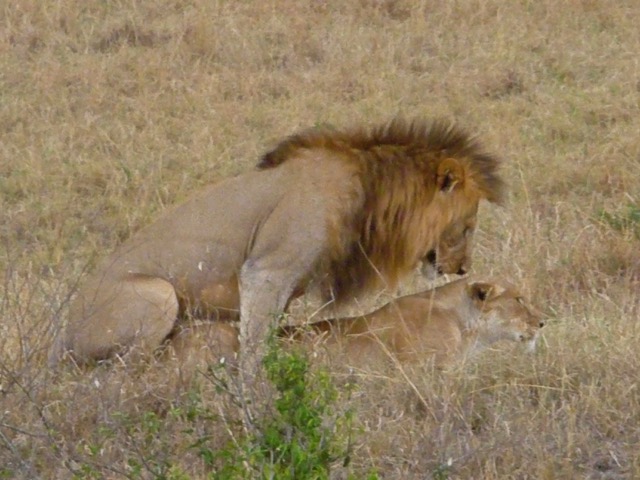 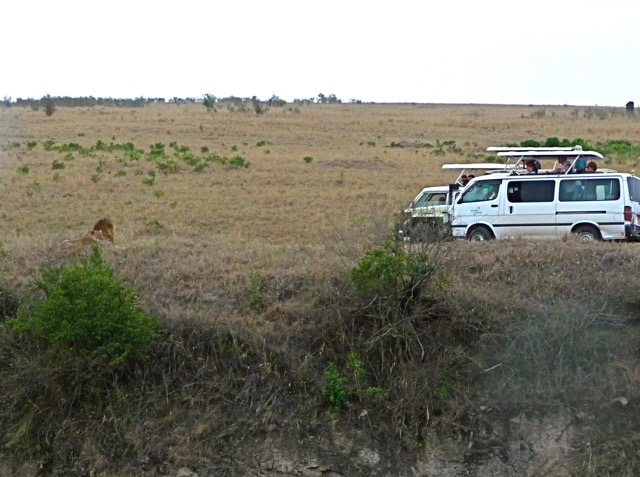