In WWI, the Entente Powers (UK, France and Russia) fought the Central Powers (Germany, Austro-Hungarian Empire).  The Ottoman Empire joined the Central Powers and kept Russia from receiving supplies from the Mediterranean Sea.  After a naval attack on Ottoman Empire failed, UK and France landed troops on Gallipoli in 1915.  That amphibious assault also failed, and 120,000 men were killed on both sides. 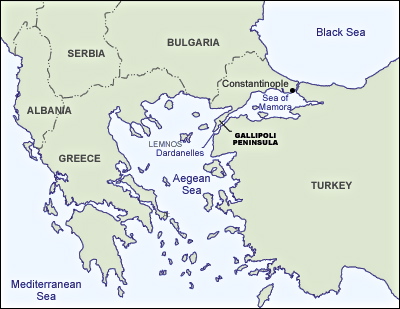 The UK drew troops from various parts of the British Empire.  The Australian and New Zealand Army Corps, ANZAC, landed on this coast and tried to fight their way up these severely broken hills.  Caught between the sea and determined Turks, ANZAC suffered heavy losses.  25% of NZ troops were killed.  This great battle fostered nationhood in Australia and NZ. 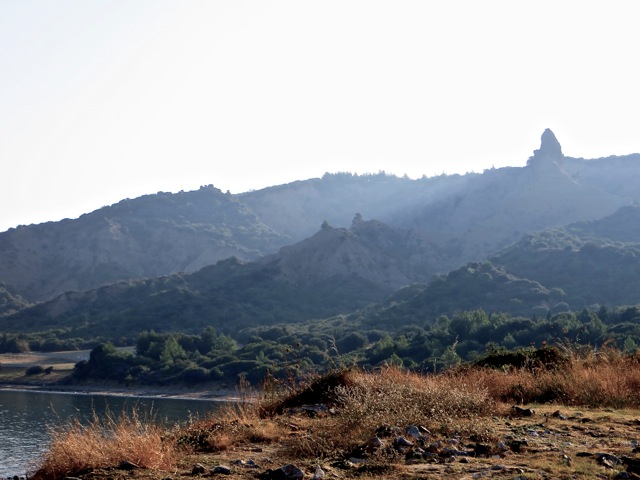 Many soldiers were buried where they fell, and Gallipoli contains many small military cemeteries.  This seaside cemetery contains mostly ANZAC soldiers and is a site of annual ANZAC Day commemoration by Australians and New Zealanders.  Three Indian Muslims were buried facing Mecca. 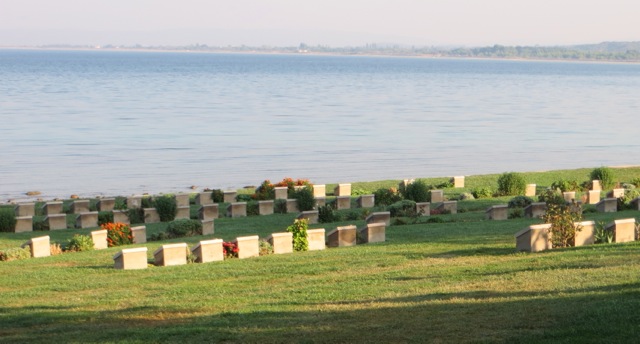 One grave contains the unconfirmed body of a soldier.  His parents grasped this tenuous grave for a questionable closure.  The poignant words on this gravestone record a family’s grief. 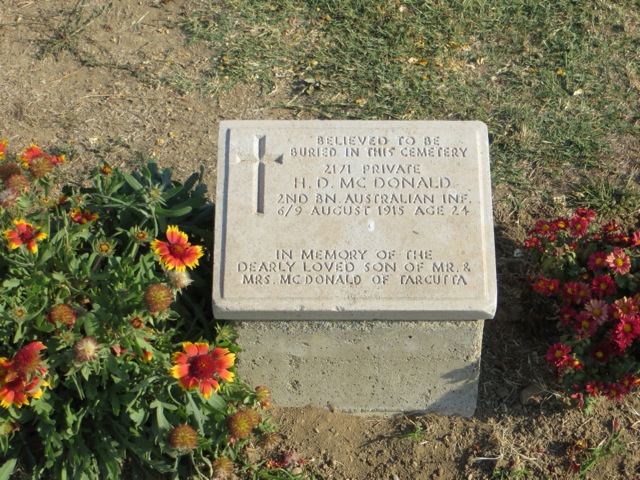 Another fallen soldier is remembered by relatives almost 100 years after the battle.  The old photo brings him back to life again. 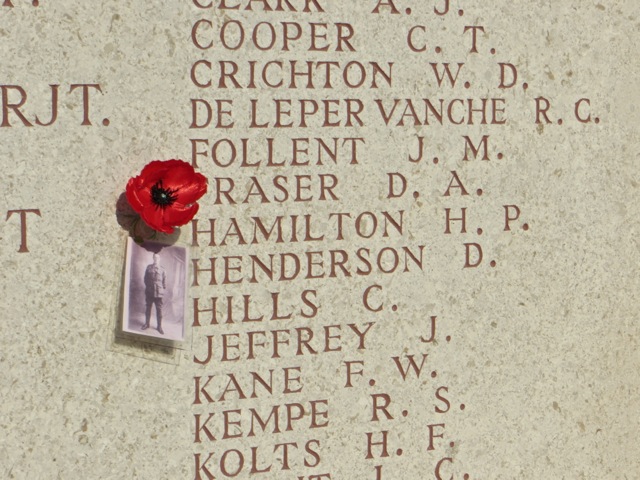 Half a world away, a grave in a military cemetery in China also received remembrance from relatives. 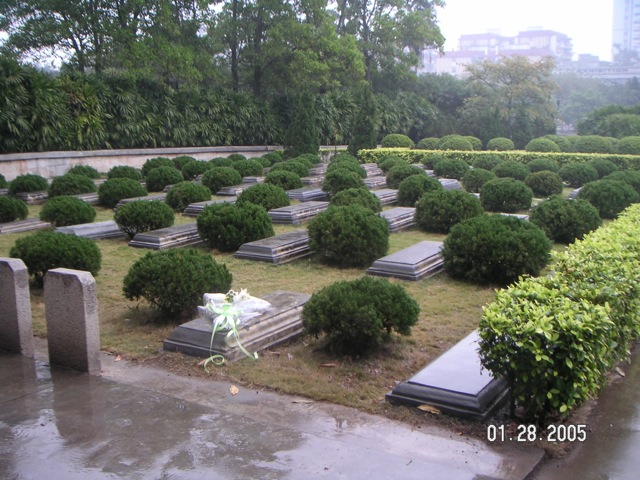 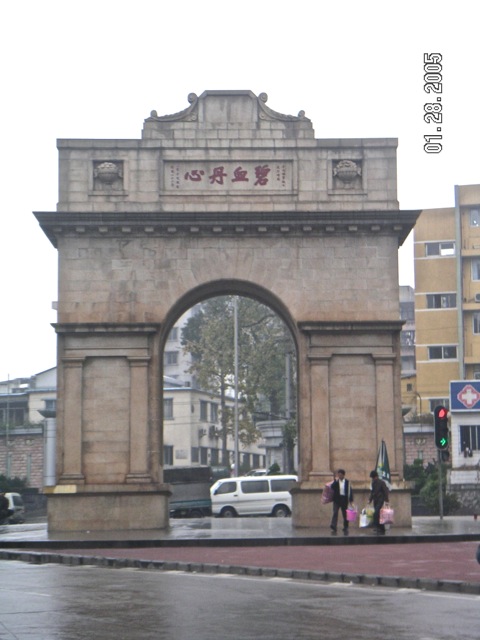 Nearly 2,000 soldiers who fell in the month-long battle are honored with their names, ranks and hometowns engraved on a memorial.  As many of the troops of the 19th Route Army were from Guangdong province (廣東), this cemetery in their home town keeps them close to the hearts of the appreciative Cantonese (廣東人). 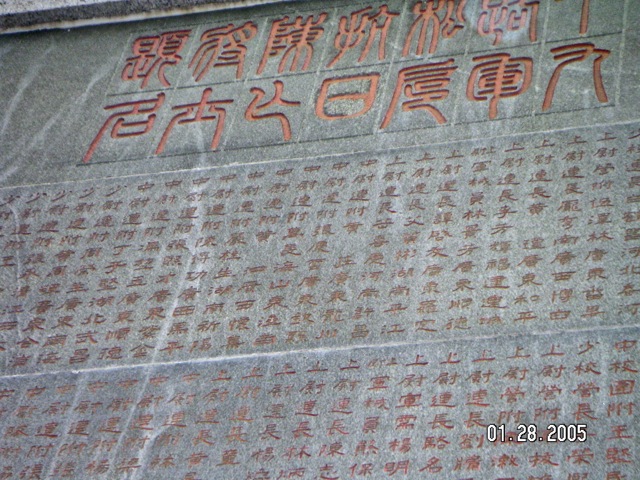 When the cemetery was built in 1932, the grounds were barren. 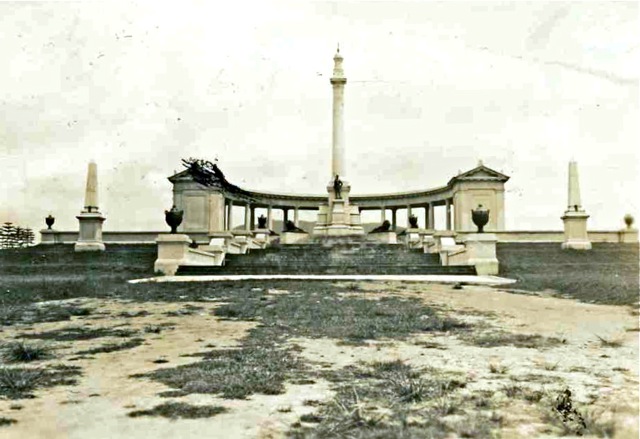 When I first visited it in 1996, the cemetery was undergoing a restoration. 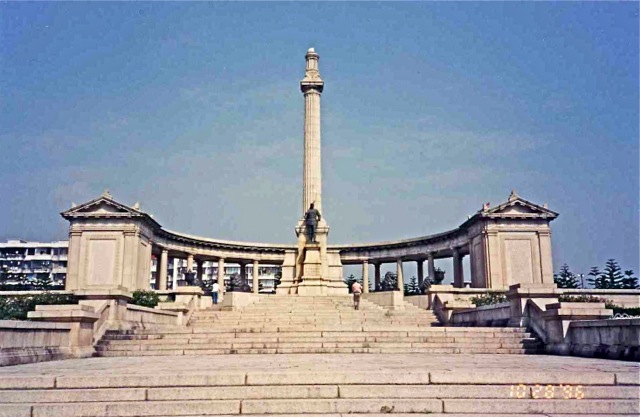 The grounds were sparsely kept, apparently suffering from years of marginal maintenance. 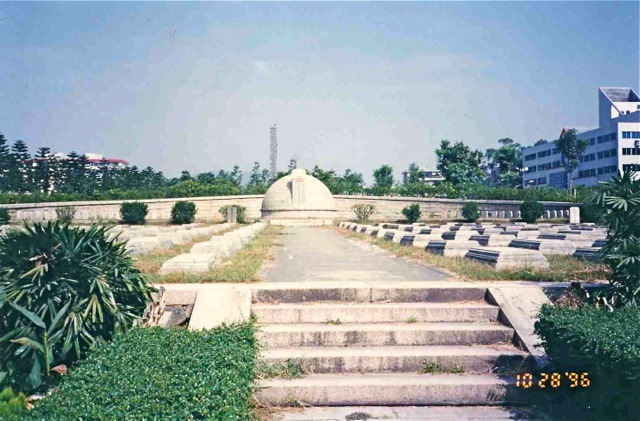 When I visited it again in 2005 on the anniversary day of that battle, January 28, a commemoration ceremony was being held by officials and relatives of the fallen.  The families of the fallen soldiers were instrumental in obtaining official decision to restore. 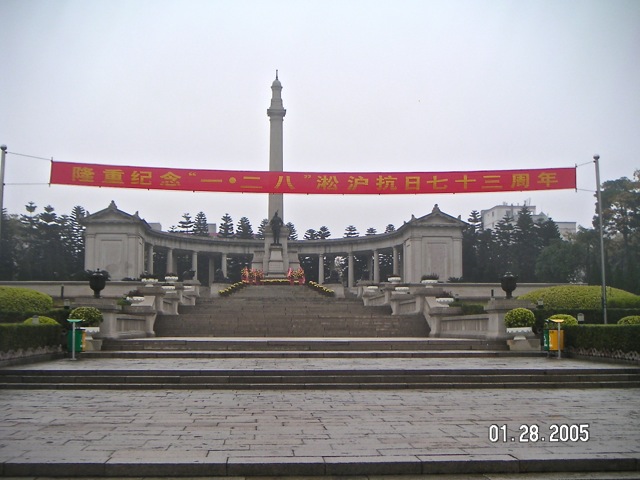 The graves were bordered by neatly pruned shrubs and the cemetery was properly maintained. 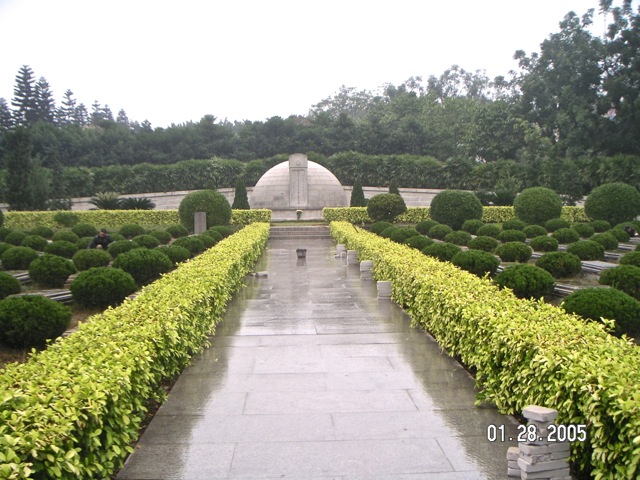 I presented a bouquet at the tomb.  After the Communists won the civil war against Kuomintang (國民黨), they removed from the headstone the Republic of China (中華民國) emblem under which the army served.  Otherwise, they respected the army and its deeds and kept the cemetery unscathed. 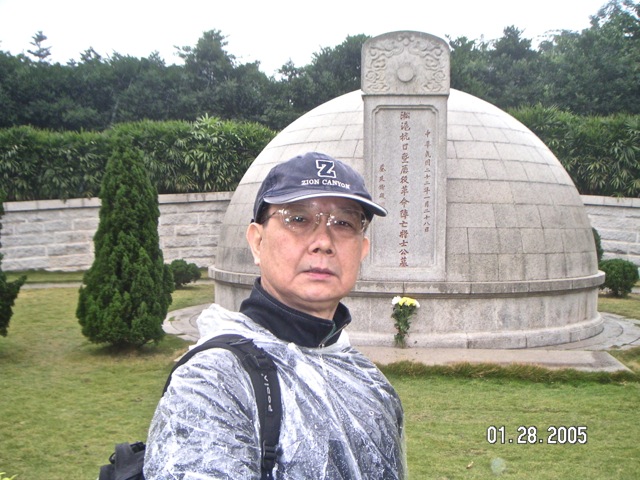 Japan westernized and fielded aircraft carriers, battleships, planes, tanks and poison gas.  In contrast, Chinese soldiers carried swords to supplement their meager rifles.  This great disparity in strength made the stalemated battle of 1932 uplifting to a dispirited people. 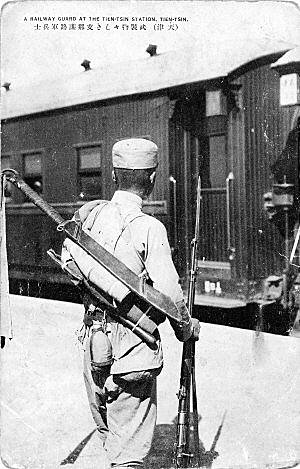 The original bronze statue of a Chinese soldier reflected the slight body build of the average trooper.  The statue was taken away by the Japanese after they occupied Guangzhou (廣州). 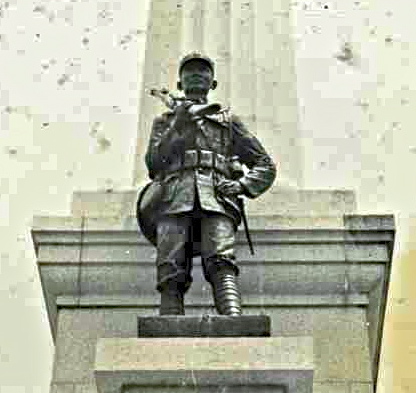 A replacement statue was made in 1990 when the cemetery was restored.  In keeping with the socialist style, the soldier is portrayed as proud and husky. 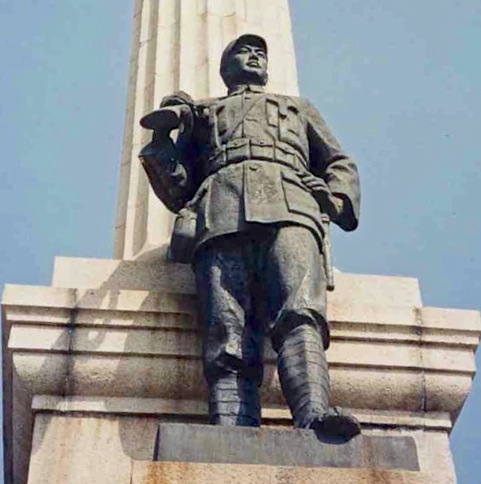